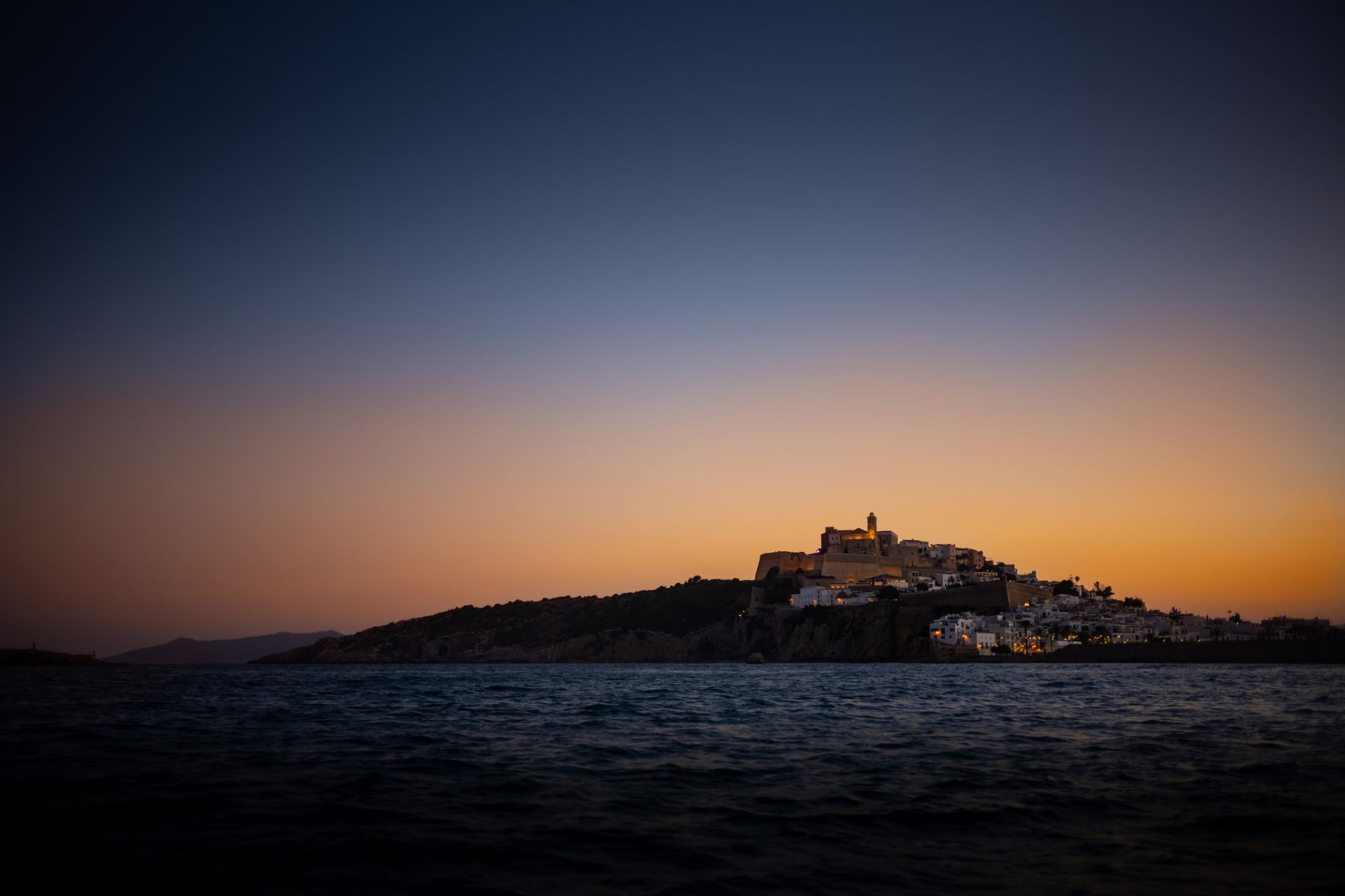 Going up to "Dalt Vila" (the upper town) means going back to the past. With an important difference: today the fortifications are destined to be conquered day after day by the people that want to appreciate their beauty and enjoy the wonderful view towards the port and the surroundings of the city. Arriving at the high point of the city, you find yourself at the place where 2,700 years ago the Carthaginians decided to settle the population. The reasons are very clear: huge salt pans extend to the southwest, acting as a source of wealth and a treasure to be protected. 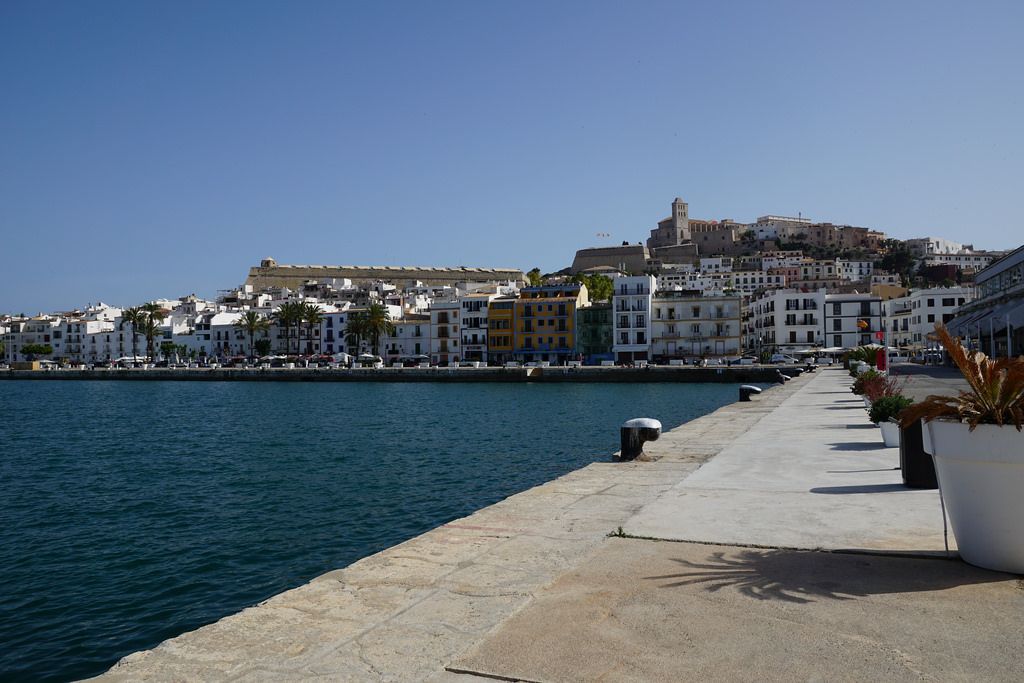 The first fairly precise plan of this city-fortress dates back to the year 1554 and was the work of an Italian engineer who prepared the planning of the Renaissance walls. This plan that dates back to almost five hundred years ago shows the medieval enclosure. The historiographers believe that it reflects the ancient Arab fortress conquered by Christians in 1235. The structure of "madina yabisah", as it was called by the Muslims, was based on three enclosures surrounded by walls: the "upper town" with the mosque, the fortress (castle), the almudaina (fortress-residence) and the residences of the internal fence; "the intermediate town", and the "lower town" (or "suburb"). During the three centuries of Arab domination, a maze of streets and alleyways typical of the old Arab cities was formed, which underlines up to the present day the environment of the upper part ". Evidently, the walls of the Carthaginians and Romans already existed since earlier. But the turbulence of the end of the Roman empire, the incursions of the vandals and the Visigoths and the work of the Arab architects left a few ruins. 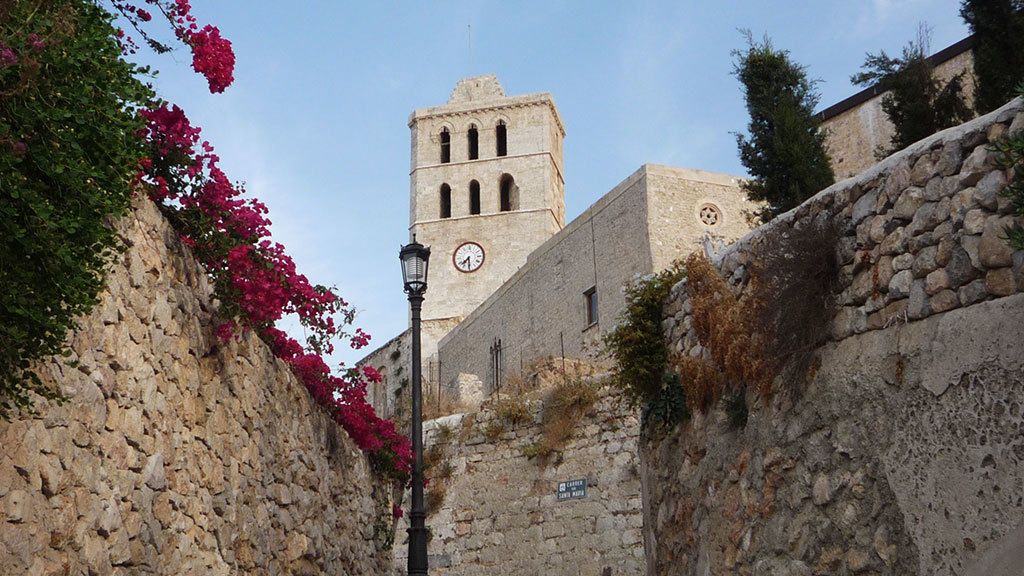 The project of the Renaissance fortifications was born as a result of the dramatic events of the XVI century: The island and its chief town were attacked the year 1522 by revolving Maiorchini, in 1536 by Turks and French, and in 1543 by Algerian pirates. In a few decades a fortified ensemble was developed that impressed the enemies of the time and impresses today's visitors: the Italian engineers Giovanni Battista Calvi and Jacobo Paleazzo Gratin enclosed an entire neighborhood and integrated seven bulwarks, applying the most advanced methods and military technologies of the time, turning the city of Ibiza into one of the best protected cities in the Mediterranean. Its conservation is the result of misery: at the beginning of the XX century, when in the whole Europe the last enclosures surrounded by walls were being destroyed, there were only 6,000 inhabitants in the city which was simply too poor to be able to accept an urban project of such dimensions. In the modern times this symbol of poverty turns into a banner of culture and a main reason for UNESCO to declare Ibiza as a World Heritage Site. 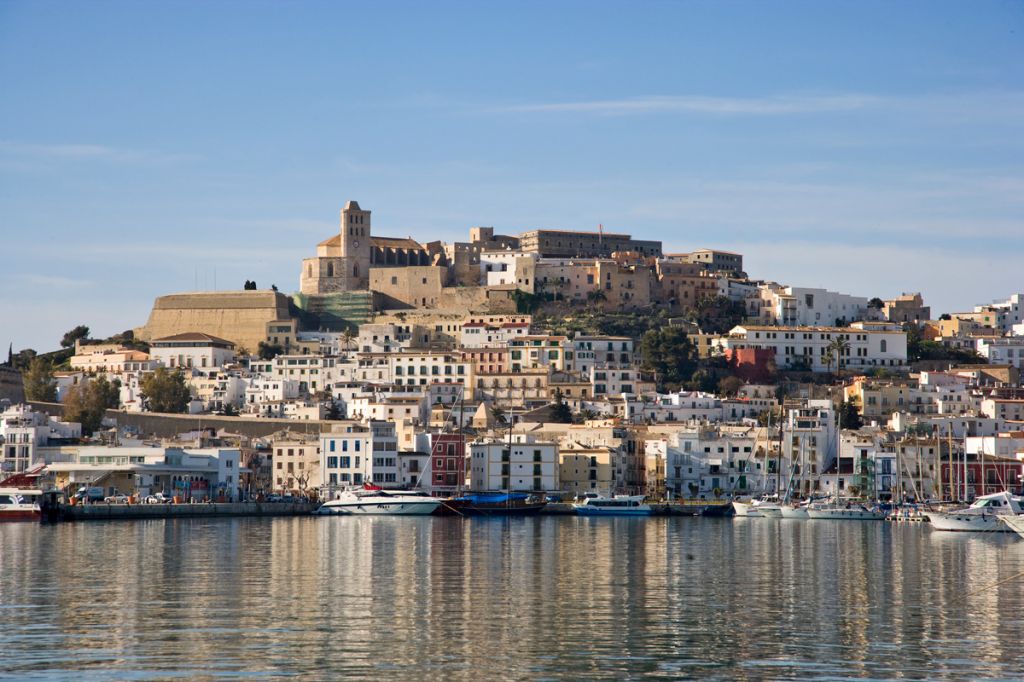 There are not a lot of entries as impressive as the "Portal de ses Taules" with its ramp that connects the fishermen's neighborhood Pantico to the fortified enclosure. Passing under a huge shield carved into the stone, with the signature of Felipe, the commissioner of the Renaissance walls, the visitor enters another world. At the place where in ancient times the island government, the 'university', met, there is now an archaeological museum, and where weapons and gunpowder were kept in the old days, the bulwark of sant joan, today people can admire works of modern art. The highest part belongs to a Gothic style cathedral, but the protagonists of the avenue are its walls and the magnificent view.

On the other side we find the bay, a natural harbor around which the city would have grown. In the extreme vicinity, fertile lands and freshwater springs. All the strategists of the following centuries and millennial confirmed the choice of the founders, as they modified, fortified and enlarged the fortresses. They constitute the last complete monumental walls within the Balearic Islands. Behind it there is a district full of architectural jewels and picturesque corners, a scene of spectacular events and artistic events. Right at the foot of this hill so full of history lies a district also saturated with history: Pantico, the fishermen’s district, which has turned into place full of bars, shops and clubs, the favorite meeting place for many people. Also the foot of this fortified hill is full of historical and wonderful neighborhoods. Towards west, we find the "Passeig de Vare del Rey", an elegant avenue with a lot of style, a transition between the ancient city and the new city. The magic of Ibiza starts right here, in the city where a uniform modernity has not eliminated the vestiges of a dramatic past. And where the wonder of plurality, originality and the art of living is defending the strength of its freedom. The island's capital is a good place to begin to understand the special character of this land.

If you want to experience an incredible holiday on this Mediterranean island, discover our luxury villas in Ibiza with all the services dedicated to our guests.